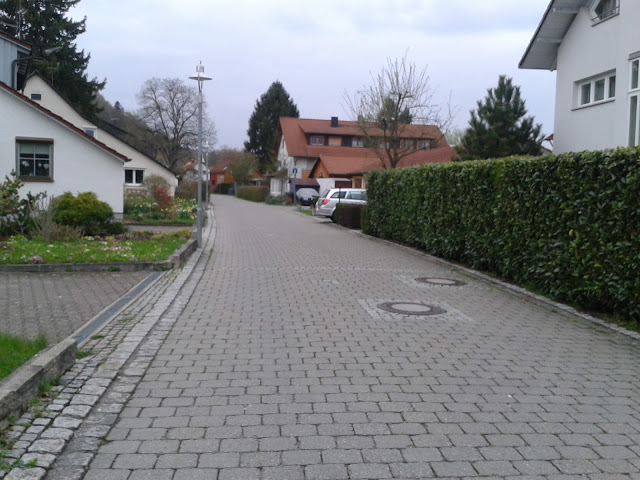 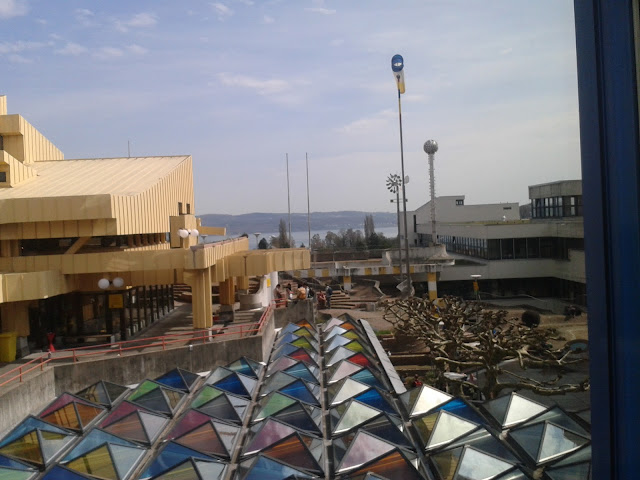 (Top: Street in Konstanz in the suburb of Egg, which is near the uni sports centre. Bottom: View from lecture theatre at uni, looking over main concourse, courtyard and cafeteria on the left towards the lake and towards Meersburg.)

I realised that I have been here in Konstanz for just over 2 month now. As is I already have my return flights sorted for next year. This year is going fast but I have been blessed with such an amazing experience so far and I know there is so much more to come.

In 2 Months I have:
- Survived living on my own
- Travelled to parts of Germany and Austria such as Munich, Freiburg and Vienna.
- Managed to eventually get DHL to deliver my parcel
- Dealt with 4 different levels of police across 3 different countries
- Started playing basketball again
- Debated in German (well, gave it a go at least)
- /Started attending classes at uni in german
- Celebrated my 21st
-Been able to watch champions league matches at a reasonable time of day for once.
- Travelled 1st class on the ICE and also Austria's Railjet highspeed trains
- Walked to Switzerland and back.
- Been to a german church service and also started 1-2-1s with one of my Australian friends here. (Those EU people from USyd are everywhere...)
- Spent a month working through the layers of red tape for residency permit.
- Had an amazing time. Seen some amazing places. Made some amazing friends.

Uni is underway and I am settling into routine here. Classes are ok but some of the lectures can be difficult to understand at times. The lecturers talk fast and one doesn't use any powerpoints or the like nor records the lecture so it requires good comprehension and concentration. Im playing basketball on mondays and got debating on wednesdays. Gave it a go in german. Was freaking out on the inside but did ok. Spoke for 5/7 minutes and despite my obvious nerves, apparently was understandable. Also started doing 1-2-1 with one of my Australian friends from usyd and also live downstairs from me. Being so close makes it easy to meet up and its good to spend time in the Word in english. Started going through Daniel. Also went to church last sunday. Service is somewhat different, but it was not as different as I thought it might be (although from what i understand, many are no so similar to what we have in sydney). There were some problematic parts but the sermon was amazing and faithful to scripture. They went through the book of Ruth and linked it to Jesus very well.
I'm going to Serbia later this month to debate at Belgrade Open with my friends from the debating society in Vienna, will be going to Zurich on an excursion as well later this month and I've rego'ed to adjudicate at the European Debating Championships in England later this year. Beyond that, I plan to get a haircut soon and hope for the best.

Being here two months, that desire for home finally kicked it. It was bound to happen. It is part of the experience of being immersed in a new culture. I miss my friends, family and work back home. I am so excited for my best friend as he and his fiance prepare for marriage later this year and I am excited to hear that the year 10s made it to semi finals for the ISDA debating competition (as I thought they would) as well as the senior a and year 7 teams from the school. I knew they would excel. So stoked. Probably going to return to find them teaching me a thing or two.

I am going to conclude with some cultural observations that have stood out to me.
- There are a ridiculous number of swiss and baden wuttemburg flags here in konstanz but few german flags. I kind of get the B-W state flags but so many swiss flags flying in germany is a bit out of place. Also the limited number of german flags seems to reflect cultural attitudes towards nationalism.
- Dogs in, well everywhere. On the train, on the bus, in the pub. The only time you'll see that in Aus is for guide dogs.
- Random people walking into bars and nightclubs trying to sell things like flowers. Nothing like partying it up on the d-floor or cheering on Bayern at the pub watching champions league only for someone to interrupt you to ask ou if you want to buy some flowers.
- Almost everything being closed on sundays. Think shops on good friday or boxing day in aus where it is all closed and a ghost town. Thats the norm on sundays. But on the other hand, shopping on saturdays is a really bad idea because it is so crazy and you are likely to get run down by a shopping trolley.

Time is flying by and before I know it, it will be time to return home.
Posted by ajcullen at 9:33 AM